When I first moved back, it didn't take long for me to realize I was bored. I needed something to do, I wanted a horse.

Lucky me, my mom has a whole pasture full of horses and she owes me one. I just had to pick one out. So I went out into the pen and had a look. In that pen was Lil, Jack, and Nifty. I spent some time and decided I wanted Jack. I told my mom and she replied "You can't have Jack, he's sold, you can have Lil" I didn't want Lil, I wanted Jack. I wasn't taking "second best" so I decided I would just buy one instead.

Well months went by and there were a couple of close calls but nothing worked out. Finally when everything at the horse sale went for more money than I could afford, and after a lot of convincing from our horse trainer, I decided that I would settle for Lil.

This is my Lil: 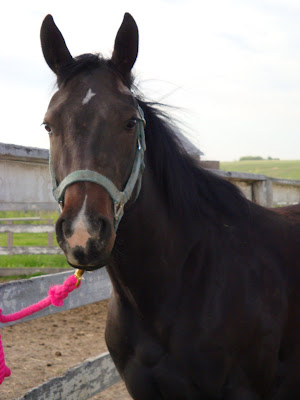 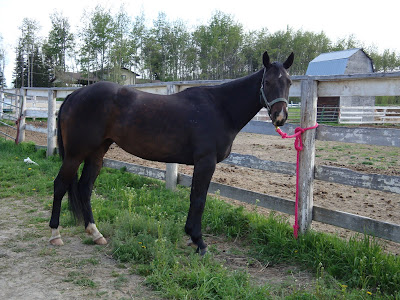 I've been riding her for just over two months now and she is awesome! Best. Horse. Ever.
Posted by Kat at 2:07 PM

That is an awesome looking horse and looks much friendlier than other horses I have known.

How don't you have more followers? Two?! Two??

What's up with that?